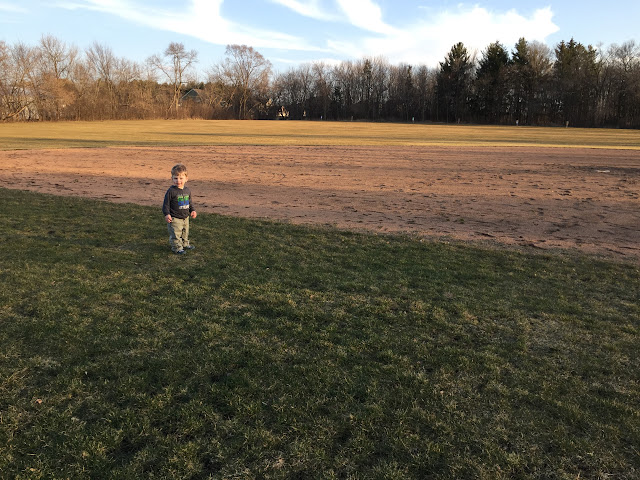 We have finally been getting some unbelievably nice weather here in Wisconsin, and we have been taking advantage whenever we can. It has been in the 60’s with sunshine for several days in a row now, which basically feels like heaven. We have been playing in the yard, went running with the stroller (that is harder than I remember, though Kai is so big now that the stroller is easily pushing 60 lbs), and playing at the park. 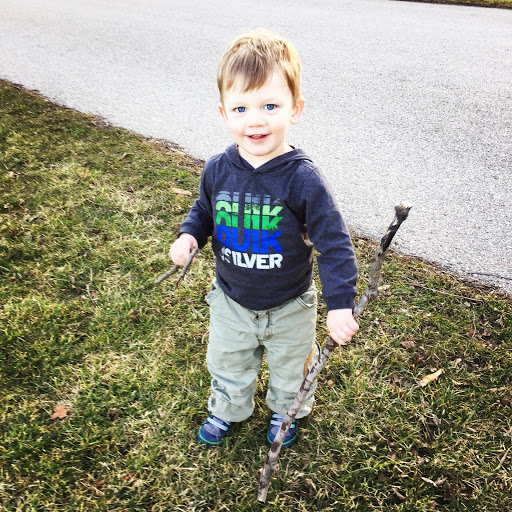 Kai loves to find sticks on the ground, and once he has some good ones he carries them around indefinitely. 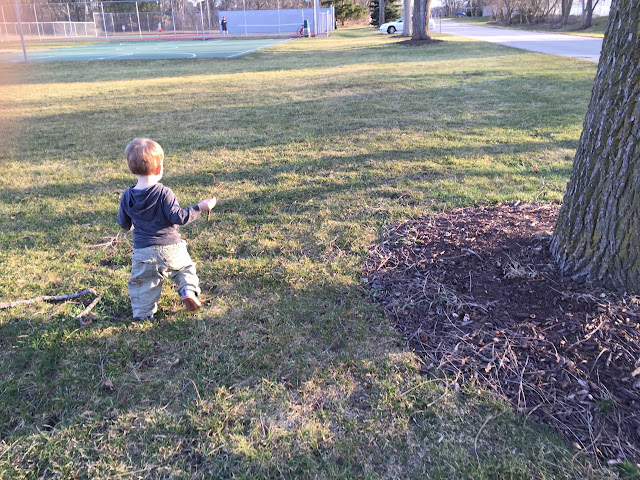 This kid loves being outside so much. Today after his nap he wanted to go outside immediately, forgoing his usual post-nap snack. It looks like it is going to stay nice out for the next week or so, which is awesome. There is nothing worse than having a day or two of nice teaser weather followed by a snowstorm (which I am aware might still happen, let’s not talk about it). 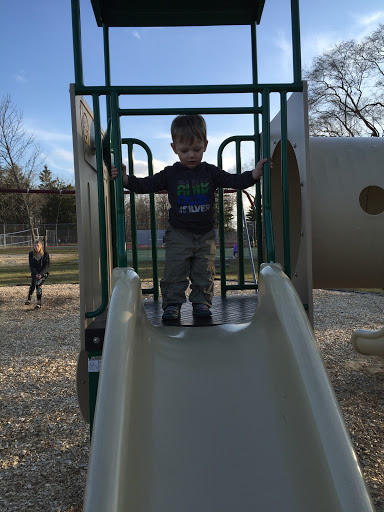 He contemplated the slide for a while, but didn’t end up going down. Last summer he had no fear about going down face first, he loved it. I think once he gets over the initial fear and tries it, he will love it this year as well.

So what else is new with Mr. Kai? Most notably, this kid is so incredibly vocal. He talks non-stop, and his vocabulary is growing every day. He is speaking in short 3-4 word sentences often, and he repeats absolutely everything we say. Everything. He can count to 10 by himself, knows his colors, and can identify tons of animals and make the corresponding sounds. He is like a little sponge, and continuously surprises me by saying something that he heard us say yesterday. He also sings nursery rhymes, which is pretty much the cutest. He doesn’t get nearly all of the words, but he gets the melody right and i can always tell which song he is singing. I guess the time he spends watching his nursery rhyme videos on youtube is paying off. Here is a video of him doing his animal flashcards:

Man, I love this kid. He is certainly a challenge at times, but aren’t all toddlers?

Comments Off on Glorious sunshine