The North Face Endurance Challenge weekend started on Saturday, when Steve and I volunteered as course marshals for the afternoon shift during the 50 mile, 50k, and marathon distance races.

Armed with radios to make things official, our job was to monitor the last road crossing that was 1.8 miles from the finish line to make sure runners got across safely.

It was the best place to be because most of the runners were super excited when we told them they only had 1.8 miles to go. Many of them had been running since 5am and were more than ready to be finished.

As it grew later, the runners were more and more spread out, so we had some time to sit down and take a breather.

Just before 6pm, we got the all clear that our job was done. We headed to our friend Joel & Sandee’s house for a pre-race dinner. Joel and Marty had both run great races at the 50k that morning, and the ladies were getting ready to rock the half marathon on Sunday morning.

For the last four months, I have been coaching my friend Cindy to complete her first trail half marathon. As my foot started to feel better, I decided that I would run the race with her as a pacer/coach. I wanted to do everything I could to get her to the finish line within her goal time.

Sunday morning rolled around very quickly, and we were off to Ottawa Lake for the race. We met up with our group and snapped a couple of pre-race pics.

Steve was feeling a little outnumbered by the sea of pink around him as the only guy in the group. A nervous Cindy and I were ready to go!

We started at a nice easy pace to get warmed up before heading into the trails.

I knew there was a big hill coming as soon as we got off of the road, and I told Cindy that we were going to walk up part of it.

Once we were up and over the hill, we resumed running at a comfortable pace. We talked the first five miles away, and before we knew it, we were already half way done.

Cindy was not wearing her Garmin, which was our plan. I was keeping an eye on our pace the whole time to make sure that we were on track to come in under 2:30, which was Cindy’s goal. I would tell her what mile we were at if she asked, but I did not tell her anything about the pace other than to assure her that we were on track. In my head I knew that we were more than on track, and I was hoping we could keep it up through the finish.

We had a bit of a tough stretch when the trail got a little more technical and rocky in the later miles, but I knew that we would still be ok time wise despite some walking breaks. Right around mile 10-11, there is a long gradual incline before heading back down the big hill from the beginning. Cindy was really feeling it at this point and I was saying everything I could to encourage her, promising a long downhill and then a flat road to the finish.

When we got back out onto the road, I told Cindy it was time to dig deep for the finish. We had less than a mile to go, and it was the first time I told her that she was going to be really happy with our time. I could tell she was giving it everything she had as we approached the finish line.

Cindy gave me the biggest hug at the finish line and it felt so good to know that I had helped to get here there. When I showed her our time, she was ecstatic and overcome with emotion, and I felt like a proud mama.

Congratulations Cindy!! (and I hope you don’t mind that I stole all of your pictures for this post

Post-race, the ladies posed for one more picture.

We hung around the finish area for a while checking out the different tents with shoes to try on and games to play for free stuff. The icing on the cake was entering a drawing and winning a pair of North Face trail shoes!

I can’t wait to test them out tonight on the trails. Overall it was a great weekend of running, volunteering, and hanging out with friends. It really can’t get much better than that.

Filed under Races, The run

Once upon a time, there was a girl who ran.

She ran and ran until just running wasn’t enough. She bought a bike and learned to swim. 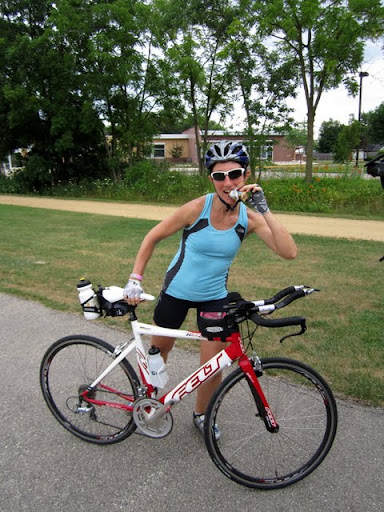 In that time the girl met a boy. The boy did not run or bike or swim. Try as she might, she could not get the boy to exercise.

That boy became her husband, and she realized that he would never run or bike or swim. 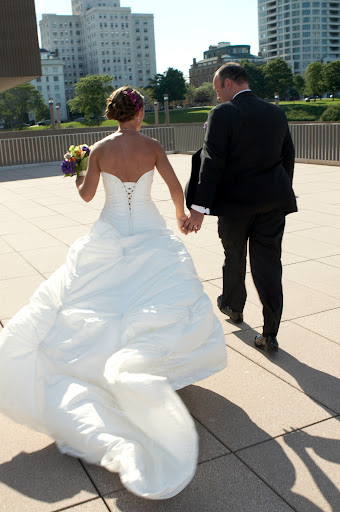 Until…he watched her that day become an Ironman.

And decided that he would be an Ironman too. Thus began his journey. They trained together, he became an Ironman, and so did she again.

Though the day was fantastic, she said never again. Too much biking, too much swimming. I just want to run.

And run she did. She took to the trails and didn’t look back until she had run 50 miles all in one crack.

When Ironman sign up day came, the boy was all in. The girl said not me, never again. Yet in the back of her mind she felt a fire that only burned brighter as the day went on. That night, staring at the screen, she was uncertain in how to proceed. The form was filled out, she was one click away. After much hesitation, she caved in a moment of haste. Still uncertain, there was no turning back. Here we go again, she thought. Here we go again.

Filed under Races, The bike, The run, The swim